All of our instructors, both on staff or contracted, are NRA Certified Instructors and adhere to the strict quality and training standards demanded by KTG and the National Rifle Association. 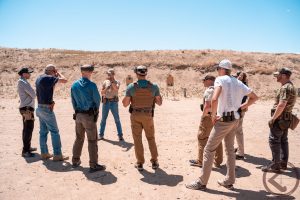 Robert is an 18 year veteran of the United States Army and Army National Guard. Serving from 1984 to 2001, Robert served as a Combat Engineer and Artilleryman.

Robert has 30 years of shooting experience in defensive and tactical shooting encompassing several disciplines to include Pistol, Rifle and Shotgun.

Robert is certified by the National Rifle Association, an NRA Certified CHIEF Range Safety officer and a certified Special Operations Connection instructor. Robert has trained with some of the best in the industry most notably, former SFOD-D (Delta) Team Leader – Dale Comstock and PDN Director and trainer – Rob Pincus. Robert continues to train on a daily basis on his home range as well as attending firearms training courses locally and nationally.

Robert donates part of his time training youth shooters with the Youth Shooters of America, spending at least a week a year traveling the country to support the next generation of responsible firearm owners. Additionally, Robert is the Vice President of the board of Directors for Pikes Peak Gun Club, a non-profit range located in Colorado Springs, CO.

In addition to his NRA certifications, Robert has successfully completed several law enforcement handgun courses as a Former Colorado Ranger. Robert is also a member of the Association of Defensive Shooting Instructors.

Roberts training style encourages student success, whether training novice or experienced shooters, Robert is patient, helpful and takes the time to ensure his students are competent and confident upon graduation from any of our classes. 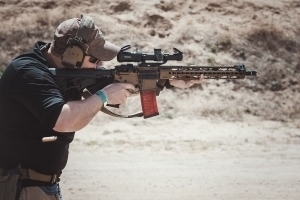 Mike is a veteran of the U.S. Navy, and U.S. Army, Retiring after almost 12 years of combined service. As a result of his service Mike brings an interesting array of skills and experience to the Kenaz Tactical team.

He continues to serve as a counter IED Instructor for the U.S. Army – 10th Special Forces Group, as well as volunteering his expertise and time with the C.S.P.D Bomb Squad. He continues to hone his firearms skills by competing in local IDPA matches and attending various firearms and tactics courses. Mike is a certified NRA RSO, and Small Arms Marksmanship Instructor.

Mike then performed an inter-service transfer to the U.S. Army and became an Explosive Ordnance Disposal Technician. In this role he deployed to both Iraq an Afghanistan during major offensive surge campaigns. Mike performed duties as an EOD Team Leader and Platoon Sergeant during his enlistment.

While deployed he led his 3 man team in countering all explosive threats encountered by the combat units the team was attached to. He was wounded on his second Army tour in Kandahar AFG, and retired in July of 2012 as a result of those wounds. During his short career, he served 30 months of deployment time over 4 separate deployments in support of ongoing US operations. 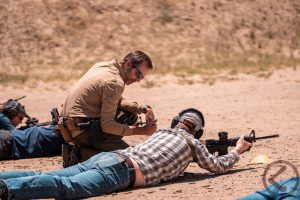 Zac is an NRA Certified firearms instructor with certifications in pistol and rifle instruction.

Zac first started shooting recreationally when he was 10 years old.  He spent many of the intervening years target shooting, hunting, attending defensive classes, and competing in 3-gun, 2-gun, and IDPA.  He has received training for TCCC/TECC (traumatic casualty care) as well as attending wilderness medical and outdoor/backcountry survival classes.

An electrical engineer by education, Zac has also taught professionally as an adjunct professor at the college level.  In 2017, Zac joined the Kenaz Tactical Group VIP Student Program and has been training regularly across all disciplines ever since.

His desire to become a better shooter has led him to merge his experience as an instructor with his knowledge of marksmanship.

As an adjunct to Robert, Zac employs the same successful and evolving curricula that has made Kenaz Tactical Group the most successful firearms training academy in Colorado.

John is a 20 year veteran of the US Army serving much of his career as an Infantry NCO, John attended the Army Officer Basic course and served as both an Armor Officer and finally retiring as an executive level Medical Officer.
John has been a part of several combat and peacekeeping missions in Bosnia and Iraq.
Upon retirement, John continued to work in Executive protection and is currently the owner of a local security company providing premises and personal security services.

John’s primary training focus after retirement has been long range precision rifle (DDM) and has completed dozens of long range and sniper courses, most notably; 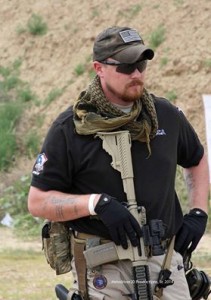 Brendan brings a variety of military training and experience to the table. As a Marine, he received extensive firearms training on a vast array of weapons, from handguns to machine guns. In the Marines, Brendan served as a rifleman, automatic weapons gunner, Designated Marksman, Marksmanship and Combat Marksmanship Coach, and as a Primary Marksmanship Instructor.

Brendan is currently serving as a Private Military Contractor and teaches when not deployed.

After separating from active service he became a National Rifle Association (NRA) Certified Instructor and has owned two of his own training academies.

He continues to grow and earn more certifications through the military, NRA, and other firearms related organizations. Currently serving as a member of the United States Air Force Reserves Security Forces, and serving with the Combat Arms Training and Maintenance (CATM) section.

Brendan remains a student himself training under other local instructors, guest instructors, and at elite training academies. He strongly believes there is always something to be learned, or reinforced. Brendan chose to become and instructor after attending several shooting events where too many people to include “professionals” were not handling firearms in a safe manner.

This inspired him to share his love and knowledge of firearms with others. It is his goal for all law-abiding citizens to enjoy the shooting sports and be able to protect themselves, loved ones, and others SAFELY and EFFECTIVELY.